Like many owners, James Goodreau and Kevin Pawlak grew their business out of collecting. In this case, the “collecting” was Vintage, Antique Mexican Folk Art and Tourist Wares. The store opened in 2012 and has quickly garnered a loyal following with customers traveling from as far away as Minnesota, New England and Japan to see their shop.

Kevin says, “We like to offer most everything one would see at a Border Town Folk or Curio Shop during its heyday.” Standing under a Map of Mexico mural, with Objects of Folk Art painted on the respective areas that they come from, Kevin continues, “Nearly every folk art shop in Mexico, during the 1940s thru the 1970s, would have one of these murals painted on a wall to educate and show their customers where their goods came from. I wanted to give a nod to that past, letting our customers reminisce about the old days while educating new collectors.”

James and Kevin’s admiration for Mexico and its colorful history can also be found on the shelves and cases throughout Arte de la Vida four rooms. There is a long history of Mexican-made wares being traded from Mexico thru Southern Arizona. The trade routes went directly north and ended up in Tucson along with El Paso and San Diego and the wares then would be distributed to the rest of the US. Many of these objects stayed in homes along the border and it is these collections that have built a tradition of collecting vintage Mexican folk arts and tourist wares.

“It’s definitely a regional thing‚“ Kevin explains. “Even with collectors throughout the 50 states and abroad, it is Texas, New Mexico, Arizona and California where a high concentration of these wares have stayed.” With Arte de la Vida, James and Kevin are working hard to keep that tradition alive and well in Tucson and Southern Arizona.

They provide a tip for collectors: “Buy Vintage/Antique Mexican Glass, Wrought Iron and Tin while those genres of Vintage Mexican are still affordable. These relatively inexpensive items will most likely increase in value as their scarcity rises. Glass is one of our best sellers with customers looking to complete one of their older hand-blown sets or obtain a complete set, remembered from when they were younger traveling to/from Mexico.”

Arte de la Vida is located at 37 North Tucson Boulevard in Tucson. For more information, including hours, call 520-398-6720, visit www.artedelavidatucson.com/ or check out their Facebook page. 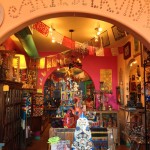 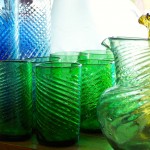 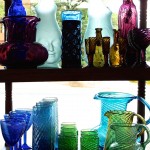 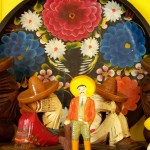 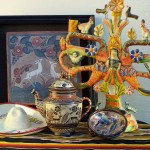 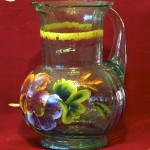