The 8th annual Silent Auction benefitting the Alzheimer’s Association will be held at Pewter & Wood Antiques in Cave Creek on Saturday, March 22, from 1 to 2 p.m. An Open House and Sale will take place the same day from 12:45 to 5 p.m. Refreshments will be served.

The silent auction is open to the public and photos of auction items will be available via email and they can be viewed in person at the shop that day beginning at 12:45 p.m. Call-in bids for auction items will be welcome during the auction. All proceeds go directly to the Alzheimer’s Association – Desert Southwest Chapter for research. Payment from successful bidders must be by check payable to the Association.

Selections from Pewter & Wood’s inventory and Owner Barbara Boardman Johnson’s own collection plus items from private collectors will be in the auction. Barbara is still accepting donated antiques—preferably from the 19th to early 20th Century—and reproductions. Donors will be given receipts for tax purposes. Donated items need to be in by March 10 or sooner, if possible, and Barbara will provide pick up if needed.

This year’s items waiting to be auction off, so far, include: a 19th Century dapple-gray rocking horse on a swing frame; a 19th Century wooden bank-teller’s gate; a 19th Century iron and wooden dictionary stand; a 1930s hooked rug, mounted; needlework; flow blue and many more wonderful items.

This is a cause that is near and dear to Barbara because her mother was diagnosed with Alzheimer’s disease in 1995 and passed away in December 2011. Barbara began holding the silent auctions as a way to raise funds to help fight this disease. Last year’s auction raised $3500.00!

Collecting became a passion for Barbara at an early age, and even today, she is fascinated by the histories of the items she buys and sells. She is also impressed by the quality of things that were made so long ago—yet still function as they were intended. She likes it when she sees today’s young people becoming more interested in older furnishings and artifacts.

In addition to her Cave Creek shop, which is open November through April, Barbara has a second location in Enfield, New Hampshire, that is open June to October. Monthly open houses are held for customers; otherwise the shops are open by calling ahead for an appointment. Barbara also exhibits in a number of shows in the east. 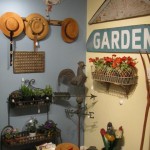 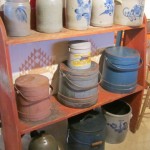 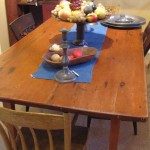